My wife and I spent some quality time at the dining room table this weekend pouring over what it would cost to move. Over the years, we’ve resisted moving up like many of our friends have. Thank you, cystic fibrosis, for that decision, as my wife needs to be able to afford a house payment on her own and not be straddled by debt.

So, we looked over the numbers. And as much as I want to move, there’s no way around the costs associated with moving, e.g. agent commission, movers, etc.

And then there is the weight of carrying debt. It’s heavy when you’re allergic to it.

The bank offered us a boatload of cash for a loan, or at least it feels like a boatload to us. And we had to laugh because why would we want the stress of starting a 30-year loan with a big payment right now? 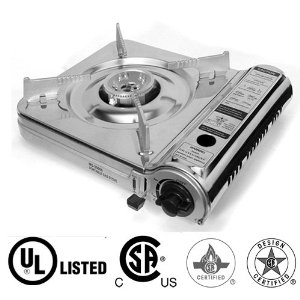 Damn, I can get this stove on Amazon for 28 bucks and change. Yeah, baby. I may need it for boiling nebs if we remodel.

We factored in our daughter’s future education needs, the current economy and both of us working for large corporations. We’re convinced there’s someone at our companies fresh out of business school looking at numbers and thinking how he or she can save the company big bucks by sending more human capital to the unemployment line. Or by outsourcing our jobs to monkeys – my job at least.

Now our conversation has moved to upgrading our house – security wall with razor wire first; kitchen second. But totaling up what it will cost us for a new kitchen is causing my wallet to pucker up. 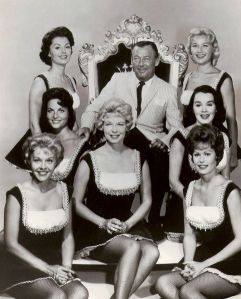 We had a contractor over and we’ve worked up a kitchen budget. The sound you hear is me gagging on 35K of kitchen debt.

Here’s my new plan: I need to go on The Price Is Right and win a new kitchen. But then I’d have to pay taxes on my winnings. Damn you, Taxman, the Beatles were right.

If only Queen for a Day was still on and my wife could tell a pathetic story and win a refrigerator because God knows a new appliance makes any woman’s hardship vanish.

Here’s the story my wife could tell on Queen for a Day: My husband won’t do dishes or cook. He made me watch every minute of the movie Melancholia. He won’t let me drive when he’s in the car. He’s called me “grumpy” during my special time of month (audience gasps). He’s missing a few bricks upstairs and roams the house saying, “I’m the McGriddler; Batman ain’t got nothing on me.” And he’s so ugly, he wears a paper bag on his head.

Damn, after writing that, I think she wins. I’m buying her a new dishwasher for Christmas. I am the McGriddler and I make the magic happen – one appliance at a time.

Wouldn’t it be nice if you could get in your car, pick a long, desolate stretch of highway, crush the accelerator to the floor and exceed the “suggested” speed limit. 60, 70, 80, 90, 100, as your speedometer covers numbers it’s never met before. Bliss, pure bliss, as your shaking foot settles down at 130 mph. 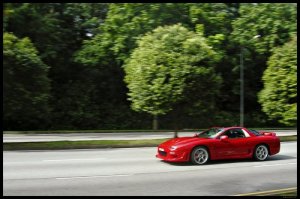 Little red Corvette. Well not quite, but this picture was free to use if I mention Balaji Dutt and Creative Commons

And when you start racking up the tickets and paying fines for your weekend jaunts to points far away, wouldn’t it be great if the infractions didn’t raise your auto insurance rates?

So, you blow a grand on some tickets. What fun it was. And worth every dollar you’ll no longer have to spend on your wife’s anniversary gift next year. So much fun, in fact, you tipped the officer when he gave you a ticket. “For the police officer’s retirement fund, Sir Kill My Fun.”

What if you decided red lights were optional and caused a three-car pile up on your way to Starbucks to get your pumpkin latte before you were late to work?

Your insurance company would inflict a world of hurt on your pocket-book by raising your rates to the moon, Alice, and back again. Perhaps even drop you for being an idiot, which would surely happen the second time you crashed your car while running late to your massage therapy appointment due to the first accident.

Now if auto insurance were like the health care industry, your rates wouldn’t go up for being reckless.

Isn’t that the way it is with medical insurance? You can drink and smoke in excess and gain a couple hundred pounds eating McGriddles but your rates stay the same.

Want to sniff a pile of blow Tony Montana would be proud of? Take a dozen coke-induced trips to the ER with your heart ready to explode like Alderaan blasted to smithereens by the Death Star? Be our guest, you’re covered by the company plan as long as you keep your job at the law firm billing 70 hours a week. And the cartel in South America thanks you for your patronage, Señor Deviated Septum, which was also covered, though you lied to your doctor and blamed it on a face-plant you took when you borrowed a neighborhood kid’s board to show off. Oops, my bad, Doc.

So, here’s my real question that took me an hour to get to: Would our health care system be busting at the waist if it were punitive like auto insurance?

Now I know the argument to this crazy idea because I shared it with my wife, who put the pin in my balloon by asking me how we’d measure what is considered healthy.

A minor obstacle, my dear wife, who had the misfortune of marrying me, King of the Pre-Existing Condition. 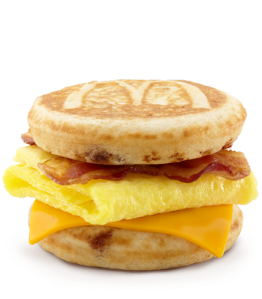 If I placed a picture of a McGriddle in every blog post, I'd feel pretty good about the decision

It’s a good question, but couldn’t we start with BMI? The higher your BMI over normal, the more you pay, except for conditions where the person couldn’t control it. But for the rest of us who fill our bellies with McDonald’s three times a day and think anything can be deep fried (dead or alive) and eaten, it’s going to cost us more in insurance premiums. (Damn the thin vegetarians who will be loving their cheap rates and stick-thin BMIs.)

And isn’t this really why medical costs are at a breaking point? What incentive do people have not to use it?

With auto insurance the incentive is losing your insurance or paying more if you’re reckless. Do you lose your medical insurance if you’re reckless with your eating habits or if you smoke a pack a day, which by the way should be Philip Morris brands if you do smoke, as baby needs some new shoes and our PM stock needs to keep going up, up, up.

Yes, radical ideas from an idiot, no doubt. But change doesn’t happen until you tap someone’s wallet or purse.

Perhaps we need to raise rates really high for everyone and follow the “discount for cash” plan some businesses do when you get money off for using cash instead of a credit card. If you take care of yourself and avoid fried McGriddles, which I would eat in a heartbeat if I could talk my girlfriends at McDonalds into tossing one in the deep fryer for me, you’d receive a big discount on your medical insurance. Do your best to stay healthy and you save money and live longer.

The question is . . . would someone be happier passing up their usual lunch of two Big Macs, large fries and super-sized coke for a salad and water? I know I wouldn’t, which makes me think this has all been one very stupid idea. Nevermind.

I traveled locally on business this week. Most days were over 12 hours of work, with one topping 15. Today, I’m feeling groggy and if I didn’t know a Red Bull would send me to the ER thinking I’m having a heart attack, I’d try one. A little “pick me up” to make it through the day. 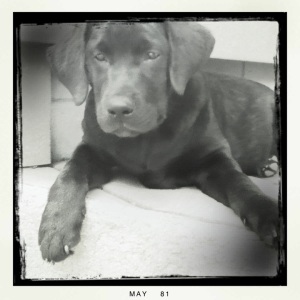 Puppy life in black and white

And my sincere thanks to Cali California for waking me up at 5:30 this morning. Adios, REM sleep.

I missed the puppy while I was gone, and my wife and daughter. A friend of my mine used to tell me that if he traveled and missed his girlfriend at the time, he knew he liked her. If not, it was time to break up. After 25 years with my wife, I still miss her when I travel. That has to be a good sign.

Later today, I’ll be at a puppy training class with my daughter. I’m the legal guardian so she can attend the class. This should be interesting. The trainer we used told us they’re “treat crazy.” I’m not. I’ve never really had to use treats to get my dogs to do things, except complicated tricks. But this is a new world with our shy puppy. I’m sure she’ll be the size of a hog by the end of the classes. Maybe we can teach her to “oink.” Will I get kicked out for suggesting this? Or for being “treat adverse”? Probably.

What time is too early to start eating M&Ms? Can I suck the caffeine-like chemical from them to wake up? It’s almost time for my treat – my McGriddle and hot chocolate. That will help my mood. Thank you, McDonald’s for inventing the perfect breakfast treat for humans. I’d sit and beg for one, but luckily I have the cash.

My warped friend, Juli, wrote a fabulous McGriddle post for moi. I thought she was perfect before she penned it. What’s above perfection? Well, I would say that’s “goddess in the clouds” status. So, Juli, I herby give you the title of McGriddle Goddess and thank you from the bottom of my heart for making it worthwhile to peel myself off the heat-reflecting hospital bed this afternoon.