Here are a few things that get my attention and hold it.

Dogs playing. We keep our two dogs in the kitchen during the day because the puppy works for a demolition company and chews the s**t out of everything if we let her loose in the house. I often walk in and find the two of them fighting each other in a playful way that makes me wonder when blood will start spraying like a Monty Python movie.

I hang out, watch them duel, feel thankful they don’t have antlers, and forget why I walked in the kitchen. 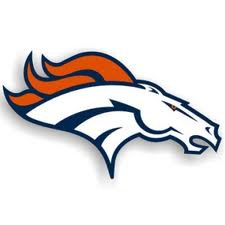 Football games. What can I say. Even after all these years, I still like football and the Denver Broncos. And I’m sticking to my guns about Tim Tebow – he has heart but no NFL QB skills. When will the fans start yelling, “Quinn, Quinn”? However, football still has the power to make me plant myself on the couch for three hours.

Victoria’s Secret Commercials. I’m embarrassed to admit this one. Okay, I’m not. I can fast forward through a TV show at top forwarding speed, read on my iPad at the same time while I listen to music and talk to my wife, and still catch the quick flicker of a VS commercial.

And every time I stop, rewind and play it, my wife shakes her head and wonders why she ever decided to go out on a date with complete idiot like me.

I’m not sure, but I love her so much I’m building her a time machine.

Tricky commercials. One of the first lessons I taught my daughter was how commercials don’t tell the truth and deceive us. Beer ads don’t use exotic locales like AA meeting halls and skid row. Banks don’t loan people money because they’re nice. And only one in 100,000 people is going to learn the Chinese alphabet on an iPad (an app used once by my daughter who had to have it). And much to my disappointment no bird ever flew out of a box of Coco Puffs.

But I watch certain commercials like one might watch a magician perform a trick – how did he do that? I know, or at least I think I do.

Would you think less of me if I told you I've seen this movie over 10 times - or parts of it 10 times?

Movies I’ve seen five times or more. If I’m up late on a weekend and a movie I like comes on, one I can recite the dialogue to, I can’t stop watching it. Even with the power of a DVR at my fingertips, I stay up way too late and suffer the next day.

Examples include: Predator, Road House, Ronin, Heat, Bullitt, Butch Cassidy and the Sundance Kid, and a myriad of others. I can’t explain it but if I record the movie and watch it the next day it’s like eating a day-old bagel my daughter forgot to seal in a bag – stale.

6 thoughts on “Mesmerize me”