I laughed out loud when I started to write this post. I’m serious; I did, literally. Let me explain. 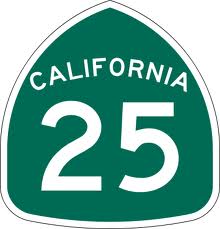 25 years in the best bankrupt state in the union

This August it will 25 years since I met my wife.

I laughed when I thought of that because I have no idea what she was thinking when she started dating me, let alone marrying me. I was/am/will always be a mental case. I can say with 100 percent certainty that I got the better end of the deal.

Her work ethic inspired me to go back to achieve the goal I couldn’t on my own – getting a college degree. I’ll always be in her debt for that one alone, not to mention the way she’s supported me over the years. I can’t imagine that I would have made it this far without her.

I will share where I asked her to marry me, which is pretty corny, but I was an English major and probably deep in a book with lots of overt symbolism, plus I was young and . . . brighter than I am now. Hey, that doesn’t make sense.

I love Dairy Queen and my wife. I especially love taking my wife to Dairy Queen, when we can find one.

Anyway, I asked mi esposa to marry me at the top of the first hill on a rollercoaster at Magic Mountain. The Viper, I think. Just before the car went down the crazy-steep first drop, I asked. And it took the entire ride of screaming and holding on tight and the coaster returning to the station for her to say “yes.” Amazing that she did say “yes,” which may have just been a response to me asking “great ride, huh?” Again, I don’t question it. I don’t understand it, and I don’t question it.

I wonder what she would do if she had a time machine now, would she still say yes?  I know the answer, as my daughter pretty much means she won’t mess with anything that would affect that timeline. So, I’ve safe. Or, my past is. My future? Hard to say. I don’t take it for granted.

What kind of courage does it take to marry someone with CF? I’d guess a lot. And when that CF someone is self-absorbed and the equivalent of a day at a rainy beach with the wind blowing sand in your face, I’d say extraordinary courage is required.

A writer friend of mine, who has since passed, once told me it’s best not to analyze love. I’ve taken that advice to heart and never examined it with a microscope. Shakespeare pretty much covered the subject for all of eternity anyway.

So, 25 years have passed. I know they’re not all marriage years, but with CF, I’m counting them that way. I have to figure out something nice to get her. I know that 25 years with me has been gift enough, but a trinket might be in order. She doesn’t like to spend money and doesn’t like jewelry. I’m at a loss. Hmm, what could I buy for myself that I’d be able to say is really for her? I’ve done that many times over the years.

How can I repay her for the 25 years? I’ll have to think about it. It’s not an easy question to answer.