[Apologies for last night’s post by Fox. He’s officially banned from posting again. I do not condone running over small animals for food. Let Fox buy the butchered animals at the grocery store like the rest of us.]

I realized that I have not written anything about my wife yet. I haven’t told her about this blog either. Lucy, I have some explaining to do.

Not sure what she was thinking almost 25 years ago when she started dating me. I am a day at the beach, but that day is stormy and cold and the beach is covered in broken sea shells.

Your prize is Unknown

I definitely won the love-lottery jackpot with her. She won the two-dollar scratcher ticket – the one you don’t cash in because it’s only two bucks. The CF stuff she’s had to put up with over the years – yikes. I can say she is 100 times braver and stronger than I.

One night, she stepped on a piece of glass in the garage. Blood was pouring out of her foot, Monty-Python style. She asked if I thought she had to go to the hospital. I couldn’t stop dry heaving looking at it. Yes, you’re going to the E.R., tough gal. Start hopping to the car.

Here are some reasons I love being married to my wife.

Where are my police lights?

I work for the Geek Squad. She has a Master’s degree, but anything electronic that doesn’t work comes to me. “Camera no work. Fix please,” she says like a cave girl who just discovered a broken rock. “What does ‘your computer is infected’ mean?” It’s all very cute, but I want benefits with my job and one of those cool Geek Squad VWs.

She brings home the bacon. I hate grocery shopping more than bad respiratory therapists. I don’t like the crowds or germs. I buy stuff I don’t need. And, GPS navigation is needed to find food thanks to the cryptic “hints” over the aisles. I feel like I’m playing Myst II – the clues make no sense. It also reminds me of when I was single and I thought I could meet women there – I’m zero out of 53 on that one. My line, “I’m cookoo for your Coco Puffs” never really worked. Not sure why. I thought it was funny. 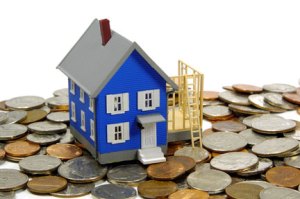 How much will it cost?

Confessions of projects gone well. Two years after I finish a home repair, I get some admission that it’s really nice. Two years to get that approval. It must have to make its way through certain DMV departments in her brain before it gets to her lips. “Why do we need a window over the bed?” she asked. Two years later she said: “I love leaving the window open at night and the fresh air.” What? What was that? Did you just admit it was money well spent? Come back here, you. Come back here. Don’t run away.

I love her muffins

The Muffin Inquisition. No, my recent tweets about my wife’s muffins did not contain double entendres. My daughter ate six of them while my wife was out running. Then, when she returned, I was interrogated as to how I could let that happen. My reply: Do I look like the muffin police? Strike one. “Why didn’t you put them away before you ran?” I asked. Strike two. “Will six muffins really hurt her?” Strike three. Mr. Clueless, you’re off to the jewelry store to buy something shiny.

A comedy and language god

George Carlin would be proud. If I do something “uncouth” then I am disgusting and have a bad habit. If she does something we don’t mention it, pretend it didn’t happen, or laugh that our yellow lab did it. When the lab does let one rip, I get blamed. We also use different terms – I fart; she “spoodles.” That sounds cuter, like Spoodles the Toxic Clown popped out and started shooting flowers in the air. Mine require a Hazmat team. Hers smell like Glade lemon-mango-guava morning mist gum drops dipped in lavender. You say tomato, I say rotten tomato.

I better stop digging my future hole at this point. Know that I’m the luckiest man in the world. And those who take a chance on those of us with cystic fibrosis have a strength of character no writer will ever capture with words.

12 thoughts on “Why I love My Wife and Being Married”