I Stumbled Upon a confidential CF Foundation file today. It contains ideas for potential cystic fibrosis therapies that were rejected or failed in testing. Here are a few from the dozens listed. [Warning: Adult Content, perhaps.]

Good in chocolate, too.

Tabasco Flavored Albuterol. According to the document, the heat of red peppers causes coughing, making secretions fly out. This product only reached Phase 1 testing, which lasted about 30 seconds when “volunteers started collapsing from the pain of the Tabasco” in their lungs. “Sounded great on paper,” one researcher wrote. Though the medicine was cancelled, researchers discovered it still worked great on scrambled eggs and burgers. 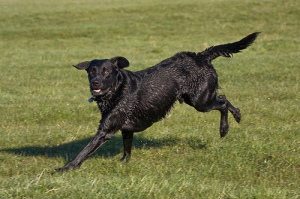 Jogger’s Portable Compressor. This product made it to phase-two testing. The concept was simple and designed for CFers who like to jog. A battery operated compressor in a backpack was strapped to a dog, allowing the jogger to do treatments while running. It worked out just fine in early testing until Rocket, a two-year old black lab, spotted a cat. Unfortunately, the jogger lost eight front teeth, quite painfully, the report adds, “when the nebulizer followed the dog across the lawn.” Product cancelled; dentist visited. 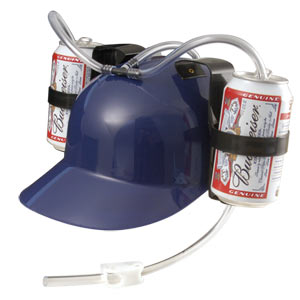 Add one LC Plus and you're good to go

Beer helmet and nebulizer holder. It gets tiring holding a nebulizer in your hand or teeth for hours each day. Plus it’s not easy to drink your favorite beer and type inane posts all at the same time. The answer: combine the tasks. Adding a nebulizer holder to a beer helmet allows users to inhale one drug, then take a swig of their favorite beverage – all hands free. The product was cancelled when drunk subjects nebulized beer and drank TOBI. 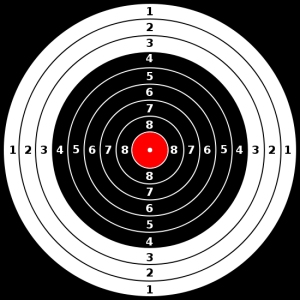 Spit the bullseye. This game-like therapy was designed to give patients incentive to cough up their secretions and spit them at a target five feet away. Points were awarded based on the accuracy of the shot. Several problems occurred during testing. First, not everyone is good at spitting. Second, it was a really unpleasant clean up job getting the junk off the wall, not to mention the carpet, furniture and curious pets. And Home Depot doesn’t make paints designed for CF. This failure killed plans for the spinning target in development.

How do I disinfect this?

Bong-shaped Nebulizers. Here’s the failed advertising copy: It’s hard to look cool when your friends come over and you have inhaled meds to do. Introducing the nebulizer that looks like a bong. Now instead of feeling uncomfortable with a PARI LC Plus hanging from your mouth, your friends will marvel at your amazing ability to smoke weed continuously for an hour or more at a time. Who’s the Ganja King or Queen now, pal? Share a hit with them. Then wait until they get that albuterol buzz going, complaining that they feel wound up not down. “Who sold you this crap,” they’ll ask. Smile and say, “this is pharmacy grade stuff, man. Pass the chips, I’m starving.”