Lawyers often say that you should only ask a question you know the answer to. I’ve decided to ignore that advice with the following: What if we renamed cystic fibrosis and called it something else? 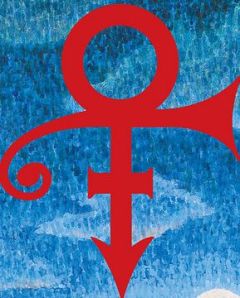 What if we used a symbol instead? We all know how that worked out.

I can answer the last question. I hate having cystic fibrosis. I hated the name growing up. I still hate the name. That’s where it came from.

I’m tired of having cystic fibrosis. I’ve been embarrassed to speak the name all of my life. It doesn’t roll off of my tongue. It feels foreign, alien, like it has nothing to do with what I have and explains nothing that I go through. Sometimes it elicits a blank stare when spoken to others. So, this idea of a name change must spring forth from my unconscious and conscious minds and their desire to shed cystic fibrosis from their lexicon. Would it feel like a victory if I no longer had “cystic fibrosis,” but a disease of another name?

I have no idea what we would change “cystic fibrosis” to. I only wonder if we could and what would happen if we did. Web sites would have to change, as would stationary, history books, medical texts and the minds of E.R. doctors who know nothing about cystic fibrosis and who would be even more confused by a new disease. It would be easier to move the Empire State Building three blocks than change the name cystic fibrosis. At least it feels that way. And it probably is as pointless as moving the ESB three blocks. A lot of effort and what’s the reward or payoff.? Is there a reward other than saying you did the impossible? We moved that building, damn it. It can be done. Now let’s move it back to where it was.

I know it’s a silly question. It’s an impossible feat. But something inside me says “what if?” What if I no longer had “cystic fibrosis”? Even if it’s in name only there would be something really nice about that. I’d never again have to tell anyone that I have it. The words “cystic fibrosis” would never again leave my lips. Of course, I’d have to tell people I have a disease and that would require a name. And, as a I mentioned, I have no suggestions for what that name would be. I only wish George Carlin were still alive and I could ask him. I know he’d have a great name. And I know you’d never be able to say it out loud in public or on television because it would be X-rated and censored. But that would make me love it even more. Every time I coughed and people stared at me, I’d just say, “It’s okay, I have f**king *$#*&%# *&#$#** and there’s no way in hell you can catch it, Jerk-off.”

Perhaps, I should contact Prince for advice. He’s been there, done that. But even he knows that sometimes a name is difficult to escape no matter how hard you wish it away.