I was at my nephew’s little league game yesterday. Perfect day. But I was feeling a little off.

An ex-celebrity coached the opposing team. He was being a d**k and overly competitive and it bothered me.

I don’t think of myself as an angry person, but down deep there’s a ball of rage that bubbles to the surface for special occasions. And it’s not easy to control.

Here was this ex-celeb, the picture of perfect genes, tall, model good looks, who once kissed some of the top leading ladies in Hollywood, with his ex-celebrity wife, herself of perfect genes, making a fool of himself. Perhaps, it was jealously pure and simple that threatened to unleash my little sun of rage.

I wanted to confront this guy and get in a fight, or at least join the fray. 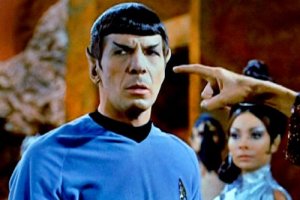 I wanted some magic CF power, almost Vulcan-like, to grab both sides of his face, hard, and show him how lucky he was to be who he is and have what he has. And to show him how infinitesimal in the scope of life a missed little league call is. A punch to the face would have felt good, too, followed by one to his stomach.

Had that happened, hemoptysis would have been everywhere, scaring the children and their parents. Imagine the mass chaos on the field with parents pouring from the stands to get their children out of harm’s way – the crazy celeb-hater spewing blood on the manicured sand and grass.

Cut to the last image of me on my knees on the pitcher’s mound alone with the invisible disease exposed and a Rorschach of blood in front of me.

Perhaps that is why I hate CF so much – the feeling of being a neutered male, different from the rest of the herd, a mutant. Or that CF has kept me from reaching my full potential as a man. Yes, I feel lucky to be here, to have lived this long. But some days it’s just not enough. I want to be normal, to stare at the face of another man, nose to nose, and have the other guy back down.

I want to be the one with perfectly formed bones, square jaw and cool hair.

Without the CF, would my anger still be there? Or, is CF the only thing that has kept me out of prison all of these years? I’m not sure. But I’d like to find out.